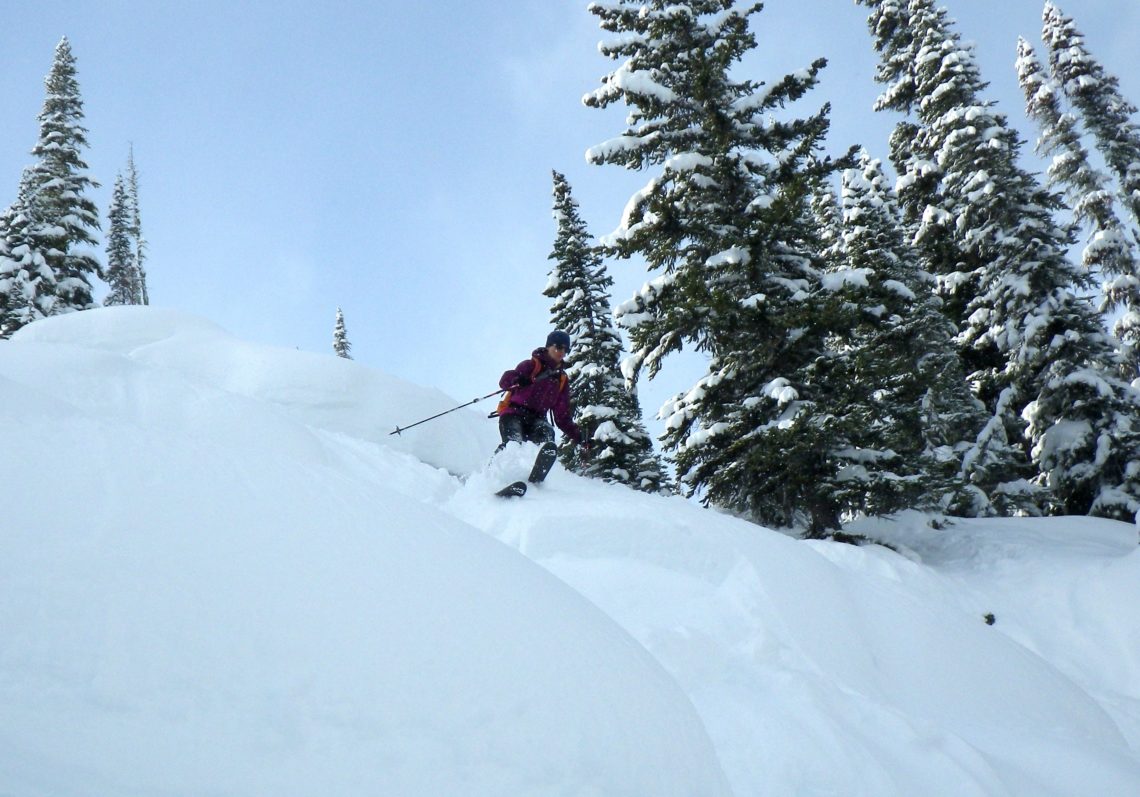 A planes, cars, and helicopter sort of backcountry ski adventure 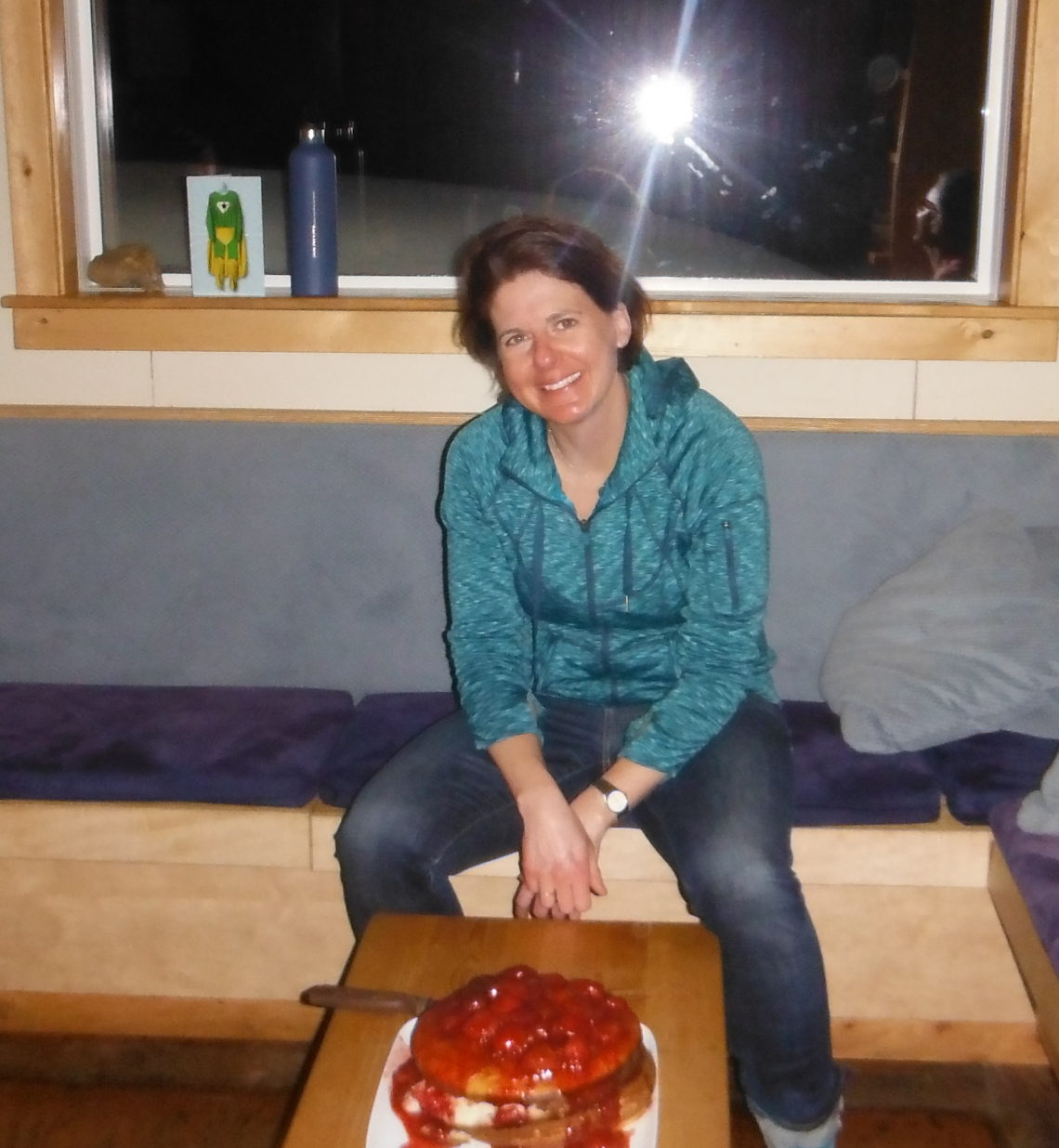 I returned to Boston on Monday night after a Planes, Trains, Automobiles, and Helicopters kind of adventure to the Esplanade Range of the Selkirk Mountains. It was the return from my week-long backcountry hut trip to British Columbia, and annual “women’s ski get-away” – a winter trip that I have come to love. This year a big storm made it necessary tospend an extra day “stuck” at the backcountry hut waiting until the helicopters could fly, then another 10 hours getting intimate with the small town of Golden waiting for the TransCanada Highway to be cleared from avalanches, and eventually spending a frustrating 1.5 hours on hold with Air Canada to change all the outgoing travel plans…but it was well worth it!

Last year on our trip to the Sunrise Hut we were stuck on the other side, unable to fly into the hut our first day due to heavy snow. Once in the hut, however, the following six days of skiing were amazing! Let’s just say it was more POWDER than this East Coaster had ever experienced! Luckily I was able to trade my skinny skis in for some true G3 powder skis that Backcountry Babes offers for demo from their sponsor Genuine Guide Gear.  With a fairly stable snowpack, and us, the only ones in the area for the entire week, we had endless untracked powder skiing in every direction we could reach from the hut. This year we went farther into the range and stayed at Vista Hut, which is on Backcountry Magazine’s recent list of best backcountry huts in the world. It also was one of the film locations for Sweetgrass Production’s most recent ski film, Valhalla. So this year we made up our lost day of last year, getting grounded at the hut on the back end this time. Tragic, really, how much Ullr loves to dump snow on the Backcountry Babes in Canada!

Our first day at Vista in early March was a bit rough. The region only had about half the snowpack this year compared to other winters, and recent clear weather gave us a tough suncrust to deal with. But it started snowing that night and pretty much didn’t stop the entire week! This gave us another 3+ feet of fresh snow by week’s end. The snowpack was slightly less stable this year and I got to feel and hear my first “whoompfs”, and witness my first real avalanche. (This is my second backcountry season.)

I was glad we came out when we did, given the current conditions, however. During the week we were at the hut, two snowshoers were killed in an avalanche near Lake Louise, and in nearby Revelstoke, they had to cancel the Freeride Tour due to unsafe snowpack conditions. But it is good reason why we do the trip with a really incredible and experienced female guide. Kristina, (aka, “Her Majesty of the Esplandes” as we liked to call her) regularly works as a heli guide in the area and has been guiding with Backcountry Babes for over 8 years now. As a local, she stays in touch with the current snowpack and weather conditions and is excellent at picking out the best snow for us to ski each day, breaking endless skin tracks in the fresh snow, and most importantly, she keeps our group safe with her knowledge and good terrain choices considering the current avalanche conditions.

There’s truly nothing like a backcountry ski hut trip; and, sorry guys, but it’s pretty great to be surrounded by strong women skiers who have such a huge passion for the sport!

Hanging out with this group even gave me the confidence to ski stuff I wouldn’t normally ski, and try out some of the smaller pillow drops and jumps.

Back East I haven’t found that circle of women yet, so this trip has become my place to enjoy the fun and sporting female camaraderie from a group of similar female skiers.

If you’re interested in joining the trip next year, I encourage you to check it out! 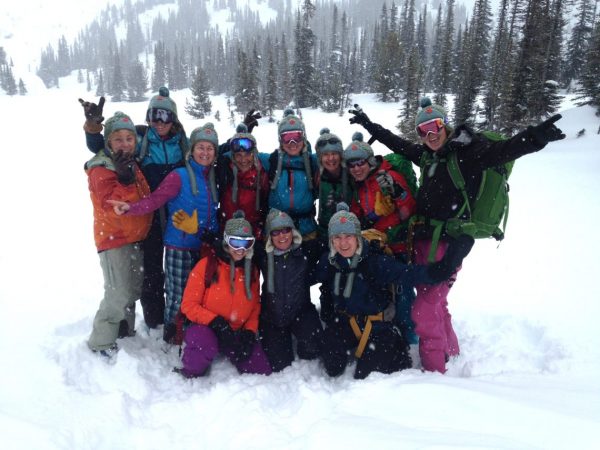 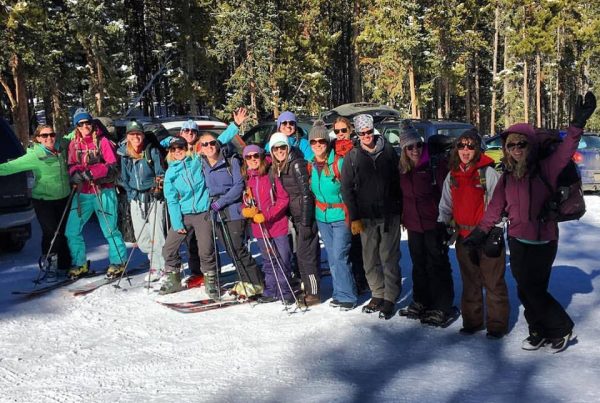 How to Plan a Hut Trip for Non-Experts 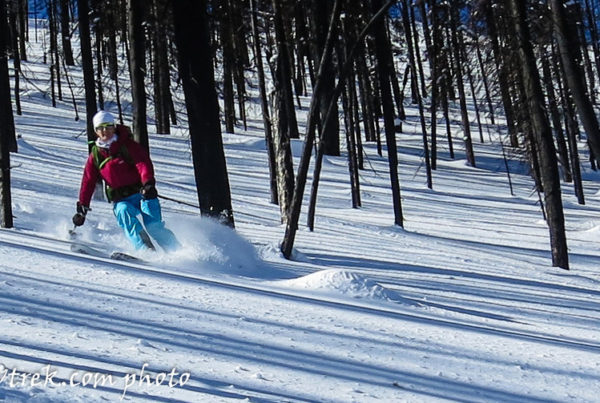 What to Know Before Your Sun Valley Backcountry Ski Trip 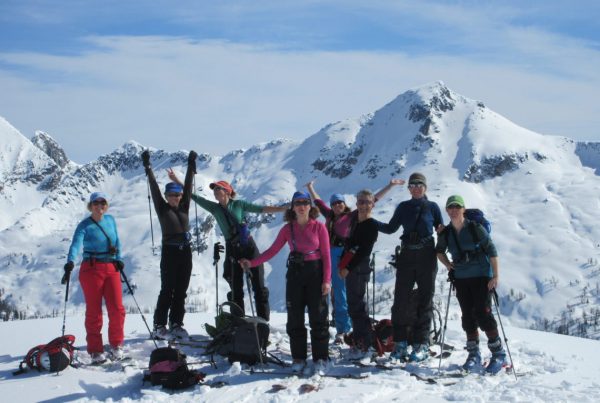