Southcentral Alaska has been blessed with early snow this year and things were priming up for a great snowpack to practice with for the course. However, during late November and early December Old Man Winter threw some hardballs at Anchorage for a couple weeks. There was a rash of “Saturday night” windstorms that topped 100mph gusts each weekend in the mountains above Anchorage. And the first storm included a good dose of rain to ruin the snowpack in town. But not to be thwarted by the recent weather, the Babes know, all this storm action only makes an avalanche safety course even more educational!

The AK Avy Babes started the course inside learning basic avalanche hazard and route-finding concepts. Then they headed outside to practice companion rescue techniques using beacons, probes, and shovels provided by Backcountry Access (BCA). They learned how those fancy electronic transceiving devices work, and practiced techniques for how to locate and unbury an avalanche victim. The practice included a deep burial and strategic shoveling practice in a plowed pile of refrozen debris that gave the women an idea what a real maritime avalanche debris pile feels like!

Leighan Falley leads part of the class in the field.

The women learned how to look for signs of instability and do a diversity of snowpack tests so that they could make good decisions about their route-finding.

Examining different snowpacks and terrain each day of the weekend, the AK Babes were able to see what the recent 100+ mph winds can do to a snowpack across different terrain features! (Think intense scouring, loading, and snow turned to wind-buffed ice!)

On day 3 of the weekend, these gals of the north showed their true Backcountry Grit!

Where are we going to ski they all asked as they looked at the wind-scoured tundra with a wrinkled brow? Then Old Man Winter truly put them to the test when he dropped another un-forecasted windstorm on them while they were in the mountains on Sunday.

As a 60 mph gust of blowing snow hit me hard from the south, “Retreat to cover!” was the word as I snugged down my Smith Optics goggles even tighter on my face and tightened up every last zip on my new Backcountry Babes Masala jacket from FlyLow! I sure was glad to have such great ski gear on this day! The storm may have caused the class to head for the trees, but do you think they even gave a whimper? No way! These true AK backcountry gals wouldn’t give up.

They finished off the day with a large-scale companion rescue scenario, searching for 5 different buried BCA tracker beacons. Not an easy challenge while trying to organize 15 rescuers in a treed area under fast heavy snowfall.

But they rocked it!! And the Snow Gods were IMPRESSED!

All the hard work and tenacity of the AK Avy Babes did not go unrewarded! Bernadette won the BCA companion shovel she was so needing in the Babes apres raffle drawing, Rae rightfully earned her Avalanche Level 1 certificate, and all the women learned a lot about snowpack, weather, mountain terrain, and avalanche hazard over the weekend. Fifteen new AK Babes are now more aware, knowledgeable, and confident in their decision-making in the backcountry. They wear their stylish Backcountry Babes scarf or hat provided by Pistil Designs, and rub on their Elemental Herbs tangerine lip balm as they step into their backcountry skis with just a bit more confidence and pride. They are now more “savvy” in avalanche terrain and are making informed decisions as they head into the backcountry.

…and ULLR, the Norse Snow God seems to really like these women, because he gave them another un-forecasted foot of snow overnight to tell them 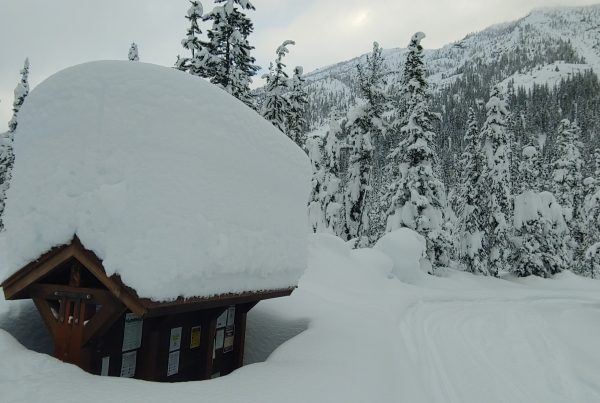 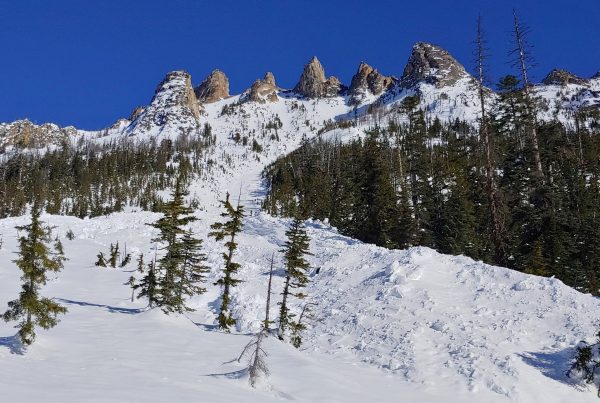 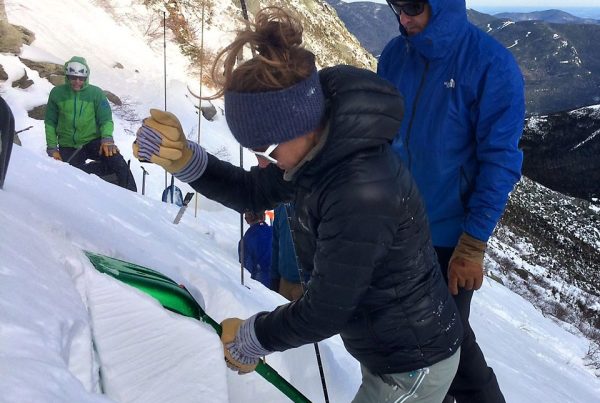 Which Avalanche Course Should I Take?