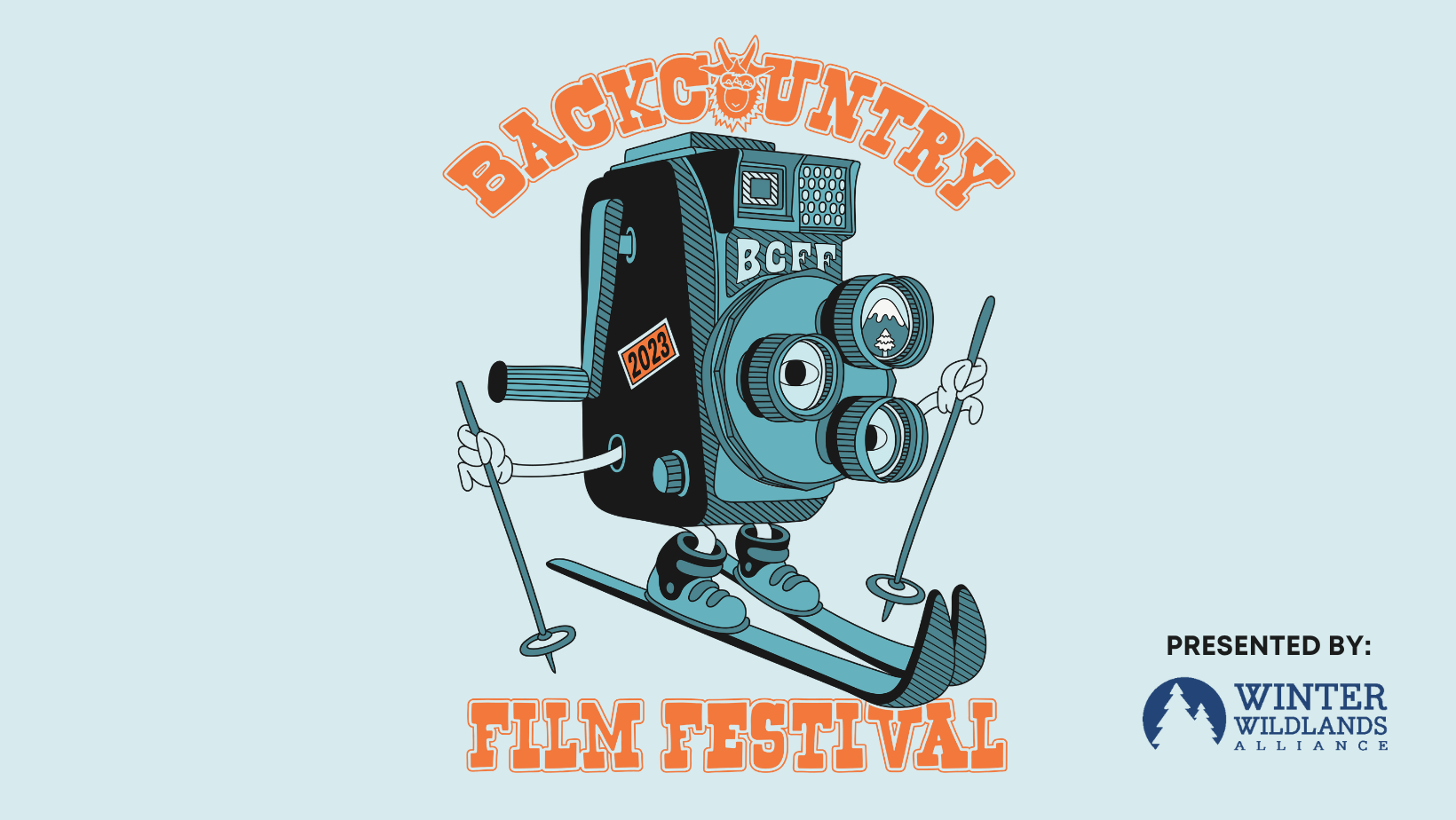 Collage of human-powered stories and backcountry-inspired experiences. Backcountry Film Festival ignites wild conversations and inspires action to communities that celebrate the present while looking towards the future.

Our mission is to manifest the power of humans and their spirit. Presented by Winter Wildlands Alliance, we screen cinematic stories of outdoor stewardship, grassroots policy and advocacy work, backcountry adventure, and snow cinema by human-powered advocates, athletes, brands, activists, adventures, and outdoor enthusiasts.

By Jr Rodriguez, Sofia Jaramillo, Micheli Oliver, and Luke Kaneb
Vanessa Chavarriaga is quite literally a trailblazer and with vulnerable storytelling, she is making space for those after her in the outdoor industry. In doing so she is often in predominantly white spaces and thus has had to find ways to stay connected to herself and her culture. This film explores Vanessa’s journey and anyone else who lives between worlds.

By Chris Murphy and Max Lowe / Produced by YETI
Conrad Anker knows the value of suffering through the climb — letting difficult experiences build. Learn more about his ascension with new climber Malik Martin.

By Aaron Kalischer-Coggins and The Hill
Mapping Snow explores how scientists are trying to better understand snow around the world, to save lives and mitigate the impacts of climate change on our most precious resource.

By Skyler Martin
Ski Local explores the past and present culture of skiing on the Palouse.

By The Mad Trees / Produced by Subaru and REI
WWA Ambassador Vasu Sojitra takes fellow athlete Kira Brazinski backcountry skiing for the first time. A short and sweet film about the joy of getting outside together, sharing in our experiences and how we connect to our bodies in the outdoors.

By Noah Howell / Produced by Flylow and SHELTER
A group of friends head into the Eastern Sierras to share in the well-known and historic backcountry hut experience. A quick look at the magic of huts in the winter and what they provide.

By NWAC
This short film produced by the Northwest Avalanche Center dives into a typical day for NWAC forecasters out in the field along with their routine once back in the office to get the forecast out to the public.

By Greg O’Connor
Zach McCarthy moved back to Maine from Boston and found purpose in sharing his love of ski touring with others.

By Wool Hat Creative
In this adventure vignette, we get a look behind the scenes into the often invisible world of avalanche control and avalanche professionals. The story follows Roz Reynolds, an “avalanche hunter” and certified badass, who is not only blazing trails in her field and keeping the public safe in the mountains, but also laying first tracks on backcountry slopes, climbing ice walls, and more.

“Stepping Out: An Alaskan Expedition”

By Top Top Studio
Three women set out to ski in the Alaska range for their first time. Serving as their own guides they were excited to arrive on the glacier and were quickly humbled by the complex structure of the terrain. In a new setting, they reimagine what success looks like beyond the familiar expectations of adventure athletes. The mission? Thrive in new roles and progress as a team to test their limits as skiers and leaders. No trip is perfect but the most memorable ones evolve beyond sport.

By Marco Tribelhorn
After receiving a suspicious message on his computer screen, Sven Rauber goes on a hallucinating ski trip into a pillow filled forest in the middle of nowhere. He finds him self in a camp alongside a beautiful river between some hills wich hold some of the best snow and skiing terrain in the world. A movie for ski and snowboard fanatics with an affectation for deep powder tree skiing.