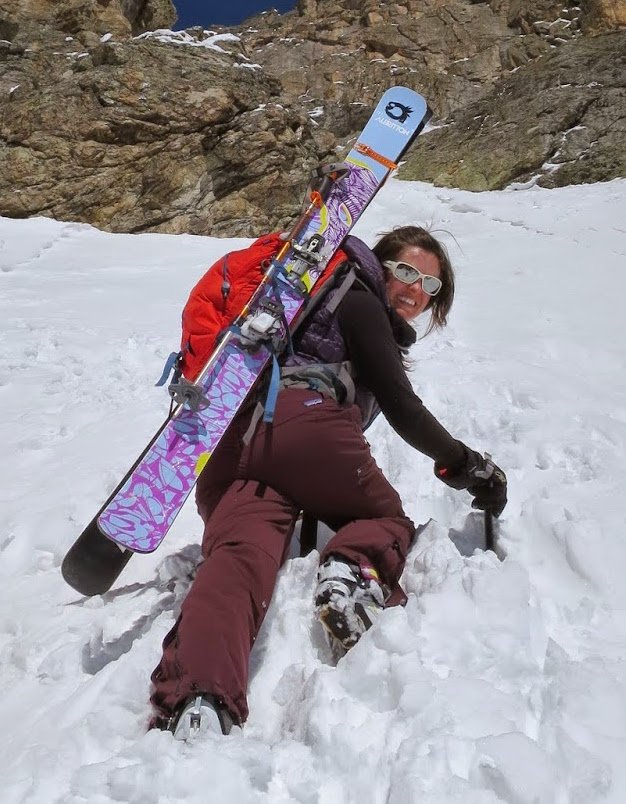 Eryka loves Winter. In fact her daughter’s name is Wynter. Growing up along the frigid, arctic-like shores of Lake Superior in Michigan’s Upper Peninsula, Eryka learned the value of nature and outdoor education. Early on she fell head over heels for snow, leading her to undergraduate studies at Montana State in Bozeman. She began patrolling in 2005 at Big Sky Ski Resort and continued in 2012 at Eldora in the Colorado Front Range. Continuing her love for snow, Eryka studied climate change and anthropology in graduate school and is currently studying Sustainable and Resilient Communities at Western in Gunnison, Colorado. Eryka began guiding in 2007 in diverse environments including the Central American tropics, Rocky Mountain rivers, the Cascades and the ice sheets of Greenland. As a 16-year old, Eryka was inspired by watching her mom and ten other women plan and execute the first all-women’s ski expedition from Russia to the North Pole. This was monumental in her life and is a catalyst for her own work in promoting and enjoying the outdoors with ladies. To this day her favorite place is surrounded by a group of women in the winter world.