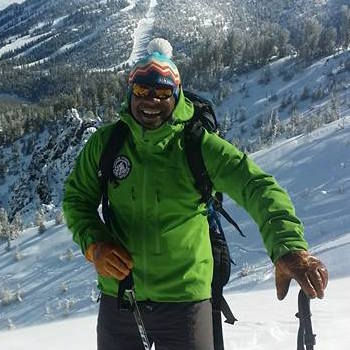 John Littleton grew up in Chicago, Illinois and started skiing the rugged mountains of the Midwest at the age of seven. His passion for skiing and snowy mountains never subsided, even after college in Iowa and a stint in the U.S. Navy. John’s passion for a career in the mountains led him to Lake Tahoe in 2002 as a Professional Ski Patroller at Heavenly Mountain Resort. Since 2009, John has lived on the North Shore of Lake Tahoe and has been a member of the Squaw Valley Ski Patrol. He is both an Avalanche Control Route Leader and Licensed Avalanche Blaster.

John has taught experiential education courses to both youth and adults. He holds his AIARE Level 3 Certification and is a professional member of the American Avalanche Association. He is most proud of being an AIARE Lead Instructor for avalanche safety instruction. John has been an EMT and currently maintains his OEC certification. He wants to empower his clients with the skills to get themselves there and back.